Beautiful day with bright sun, a setting waning moon, and awesome trail. Nice distributaries were observed where Bernard cells brought overflow up, melting a hole in the ice and carving distribution channels in the snow. Also saw a raven snow bath area, and a grouse of some sort.

There were penalty laps on two lakes giving slower skiers a chance to catch their breath. Thank you to Barb O’Donnell who took on rear leader even though that meant she took the slowest skiers on a shorter tour.

Lots of photos thanks to Stan and Joel Young. And a screen shot of the tour route from Joel. 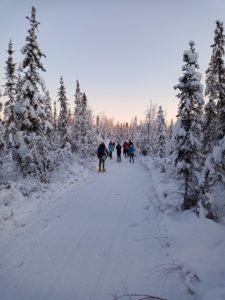 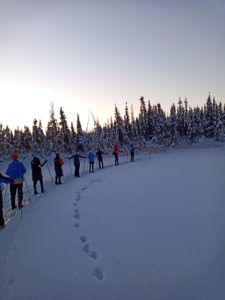 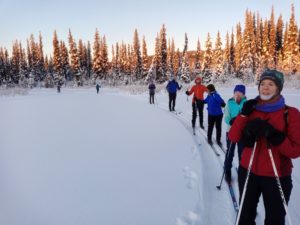 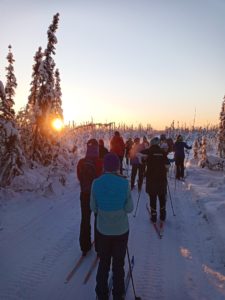 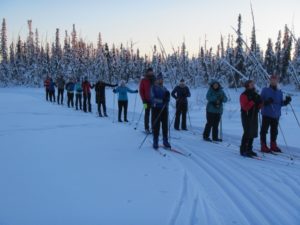 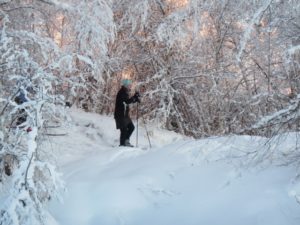 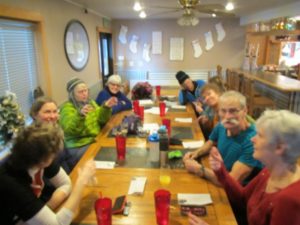