Fairbanksan Logan Hanneman was one of 10 skiers who represented the U.S. for the Tour de Ski that recently took place in Europe. Fairbanksan David Norris was also there on the U.S. team. We already ran an interview with David. Logan did more races, so he apologized for being busy. (We totally understand! The Tour de Ski is a grueling series of distance and sprint races that ends with a brutal hill climb.) But Logan generously replied after the Tour finished. (Also, FasterSkier had an interview with both Logan and David just after the Tour.)

I was really excited to get to start the Tour. I am not much of a distance skier, especially on this level, and so I 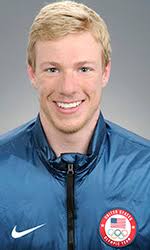 was quite nervous for the distance races because I wanted to get through them without getting pulled in order to make it to the second sprint. My goal was simply to finish the whole Tour…as silly as that sounds. I don’t get offered distance starts really ever, and so I wanted to take advantage of these races and use it as a good training block for later in the season.

I made it to the end, and got to climb the Alpe Cermis…what a brutal hill. Hats off the guys who can be competitive on every stage, including the final climb.

Now I am just resting and recovering before racing the sprints in Dresden this weekend. Then I will head home for a few weeks to train before making a push for the rest of the season, so maybe see you up at Birch Hill in a week or so.