Peter Delamere won the third race of the Wednesday Night Race series of the winter thanks to a generous volunteer.

Max Kaufman, who garnered second place in the two previous races, took the clipboard and stopwatch for this race so that Delamere, the series director, could ski both laps. (Delamere usually tries to ski one lap of the 2.5-kilometer course, so that he’s at the finish line in time to clock the finishing skiers.)

The last spot on the podium was a hard-fought battle between Bruce Jamieson and Eric Troyer, two members of SCUM (Susan’s Class of Untrainable Men). Troyer passed Jamieson early, but then had to fend him off as Jamieson kept outpacing Troyer on the climbs. Troyer finally gained a little gap, finishing with a time of 20:59 compared to Jamieson’s 21:07.

A warming trend brought nice weather to Birch Hill. The temperature at race start was 15 degrees F, though the snow temperature was measured at just 6 degrees F, still holding cold from the most recent frigid snap.

The next race of the Wednesday Night Race series is set for February 26 and will be a silly hat-themed race. All racers are encouraged to bring a silly hat to race in! There may even be some homemade cookies for the racers. People can choose to race one 2.5-kilometer lap or the whole 2-lap, 5-kilometer course.

For more information on the Wednesday Night Race series see (https://www.nscfairbanks.org/programs/races/wednesday-night-races/). The series, sponsored by the Nordic Ski Club of Fairbanks, is an all ages and all abilities series of ski races. These family-friendly events are a great way to get to know your ski club, test your skills on the trails, and have a little fun.

Race day registration is on-site beginning at 5:45pm. Races start at 6:30pm. Fee is $5 for one-time entry or $25 for the season.  Races will be rescheduled if temperatures are -5 F or colder. 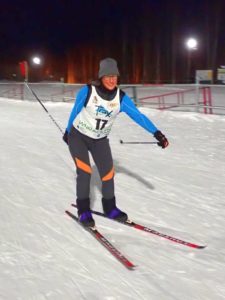 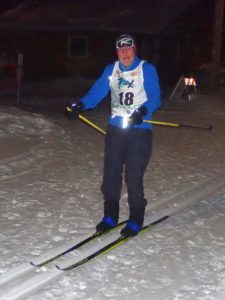 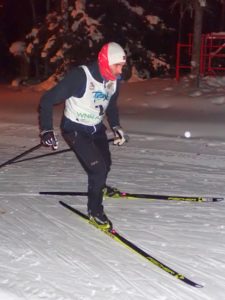 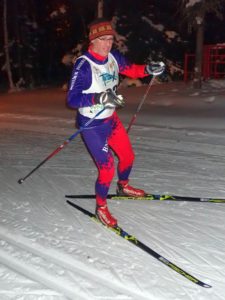